A Framework to Master the World

When it comes to learning new things, sometimes it can be difficult to assess where to direct our attention. Because of this, I've developed a simple, yet timeless, framework to approach learning.

The framework I use to learn new things and expand my understanding of the world is something that has always been on my mind. To some extent, akin to Neri Oxman’s idea (picture below) around the structure of knowledge. However, I’ve never taken the time to verbalize nor articulate its rationale. 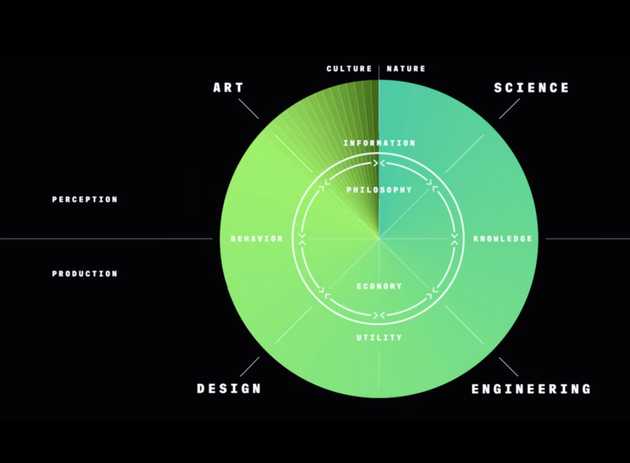 Developing a strategy for continuous learning is useful because there is always too much to learn. The corpus of available information is overwhelming and almost infinite.

On top of that, if your curious mind tends to wander, you might find yourself seduced by the allure of novelty; following the path of the least resistance instead of doubling down on already acquired skills.

When it comes to learning, starting from scratch always seems easier. That’s because of the faux feeling of progress; similar to the oversized gains that come with your firsts weeks at the gym.

This is probably the reason why generalists and restless minds tend to jump across themes without a clear agenda. Because of this, it can be difficult to assess where to direct our attention. Here’s precisely where the framework might be useful.

To “master the world” one needs to develop a deep understanding of how both humans and things work — both at a micro and a macro lens.

The former revolves around how persons behave, both within groups and individually. The latter is about the rules of nature and stuff we invent, both on a macro and a micro level.

When it comes to learning, the common pattern is to focus on professional or personal development. However, the strategy that I’m going to explain approaches learning in a more old-fashioned manner.

At the start, it might seem boring and static, but give it enough time and you’ll start connecting the dots and reap the benefits of timeless wisdom.

How humans (and societies) behave

History doesn’t repeat itself, but it often rhymes.

Like it or not, despite living at the pinnacle of the most advanced society the humankind has ever seen, behind every single invention there is a human that made it. Hence, to successfully navigate this world, we need a deep understanding of how humans work.

I associate the micro to single humans and the macro to societies.

We can learn the micro through psychology; paying special attention to human biases and statistics. And macro through history; which will inevitably stumble upon the arts, economics, politics, or philosophy.

The future is already here – it’s just not evenly distributed.

I mentioned a few lines above that there is always a person behind each invention.

However, it is also true that technology permeates each layer of our world. It already governs almost each interaction and corner of our life; and the trend is only accelerating. Hence, it is safe to assume that learning how to deal with such change and speaking “machine language” will become a cornerstone of our societal development.

As with people, I tend to make a distinction at the micro and the macro level for how things work; from quantum mechanics up to the gravitational theories.

We can learn how the world and things work by learning physics. This branch will also feature a few supporting disciplines, such as math, algebra, or calculus. Again, it is nice to study them as well, however, I’d use them only to advance faster and better understand physics.

Last but not least, I found interpersonal skills a useful tool to navigate society. These include, but are not limited to, a wide range of disciplines such as writing, public speaking, negotiation, empathy… Scott Adams has an entire repertoire at How to Fail at Almost Everything and Still Win Big.