A weekly podcast about how technology is changing our current societal landscape. A multidisciplinary, controversial, and energized take on all these topics, from a local standpoint, with a global horizon. 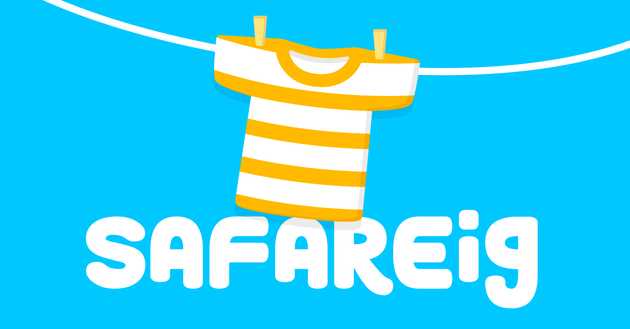 Almost every week, Ramon and I used to devoutly meet for breakfast and ramble about how technology is shaping our society. From there, the conversation could potentially detour to topics ranging from product, design, artificial intelligence, education… you’d never know.

Then COVID happened. It not only stopped Radio Lanza but also halted the ritual. As much as I like the remote culture, one must admit, the offline breakfast experience is unmatchable.

Fast forward to July, as soon as COVID would permit it, Ramon and I picked up on the offline breakfasts. It was right at the end of that very first re-encounter that I suddenly said: “man, we should start a podcast”.

As simple as it gets — this is the behind-the-scenes story of how Safareig came to be.

Despite we ended up putting a lot of thought into the podcast structure and value proposition, at first, we didn’t even need to think about what we would do. It was all about recording those conversations and framing them into little nuggets of digestible content.

Safareig is a weekly podcast, about how technology is changing our current societal landscape. Every Monday, we’ll release a new episode. No more than twenty minutes each. And of course, in Catalan — keep reading for more on the latter.

We all know tech is permeating every corner of our society. Even the most conservative outlets, those that thought tech had nothing to do with them, are awaking to this new reality.

Aiming to become a relevant player in the industry, Barcelona has been betting on this revolution for the last few years. Hence, the city has attracted several startups and talent from around the world. Recreating the conditions to breed and nurture a strong local ecosystem along the way.

This transformation has reshaped Barcelona’s labor market in many ways. The strong demand for tech-related jobs has grown, which has raised the attention of both insiders and newcomers alike. Those that found themselves stuck in other industries have seen an opportunity to advance in their careers.

As a result, you end up not only with a larger cohort of tech enthusiasts but also one that is more heterogeneous and diverse.

The ones that have been living here for long enough are well aware that such diversity hasn’t always been ruling over the city.

Historically, Barcelona has been more concerned with local issues, such as nationalisms, convoluted relations with the central government, or the survival of Catalan in a global, hostile environment… This city, however, has suddenly been turned into an all-embracing melting pot.

These tensions between the local nuances and the global landscape, the decaying factories and the nascent tech startups, the natives and the outlanders… they all make it a unique place for Safareig to emerge. A multidisciplinary, curious, and energized take on how technology is reshaping society. A place to talk about these issues, from a local standpoint, with a global horizon.

Safareig is a Catalan noun that refers to the place where one goes to wash their clothes. These spaces are nowadays private. A handful of decades ago, those where communal spaces people joined to wash their clothes. Since the washing itself can be thought of as a semi-distracted activity, safareig became the quintessential place for gossiping.

The by-product activity taking place at the safareig gave name to the expression “fer safareig”. Which roughly translates to “do, or make, safareig”. This is the core idea Safareig is trying to capture. A communal space for critical introspection. Somewhere to slow-down, and mull over the current state of affairs with a critical, but creative lens.

You’ll hear us talk about how technology is transforming our current society. From culture, education, design, politics, arts… you name it.

You’ll hear us going deep. Asking “why” countless times. Avoiding the headlines. Staying away from the surface. Dissecting each topic from multiple angles, painstakingly considering all its implications.

And that’s the deal with Safareig; that’s what we envision when we think of “fer safareig”, and we’d love for you to join.