Almost a year ago, the evening of the last day of 2018 — upon finishing the last race of the year — I was having a remarkably quiet dinner at home.

My own particular way of celebrating the end of the year. Moscow's New Year's Eve, as I like to call it.

Let me explain. Since I usually have dinner at 9PM, go to sleep around 11PM, and actively avoid crowded environments, I realized that New Year's Eve was messing up with my routine. Instead of letting it go, I looked for a solution that would let me celebrate the end of the year, and still at the same time, be a good fit for my agenda.

Hence a few years ago I worked the situation around and started celebrating New Year's Eve from another time zone. One that better suited my schedule. Having considered different time zones, I resolved that rolling the "party" a couple of hours forward would result in the optimal tradeoff. That would fall under the UTC+3 bucket. Being Moscow the most representative city of this time zone, I started referring to this practice as celebrating "Moscow's New Year's Eve". And it works like a charm.

But I digressed — we were on December 31st, 2018, around 9PM UTC+1 — and I was about to celebrate New Year's Eve while jotting down some retrospective thoughts from the year ending and pondering over next year's intents.

Truth is that I'm not a yearly-resolution setter. I believe those who claim they will start on Monday, actually never start. One shouldn't wait until the rolling year to start something. It is a self-imposed time frame that doesn't make any sense. Just an illusion we create for ourselves to feel like we've accomplished something. From a goal-setting point of view, it is a day like any other.

Jocko Willink has something to say about it.

I think resolutions are, for the most part, little feel-good statements that people use to justify a delay in execution.

However, I usually use this symbolic date to make a retrospective of sorts and recalibrate the themes for the upcoming year. These themes are not goals or resolutions in themselves. They are more like buckets I use to wrap and frame my intents. The same themes I revise and update each quarter through the Now page.

On top of that, this very week, Jimmy and I sat down and recorded the last episode of 2019, and also put together our personal review of the year. Go check the full episode if you're interested in the long version, but I also wanted to pin the nuggets conversation down here. The TL;DR if you want.

As always, I first break the goals down into three main themes:

As a side note, this year I've discovered that Naval Ravikant shares a similar framework when it comes to productize yourself — which I believe can be traced back (and should be credited) to this tweet.

• One that keeps you in shape physically & mentally. 💪

• One that keeps you creative & always one step ahead of the rest. 🧠

Long story short, I liked better his naming convention and repurposed my life's themes to align them with Nik's parlance. It ended up being something like this.

The "emoji + acronym" notation is just the way I tag the projects and tasks related to the theme in Notion. No big deal — just put it here for reference.

So, after a year, here's the review of the 2019' goals I set up a year ago during the singular celebration of Moscow's New Year's Eve. 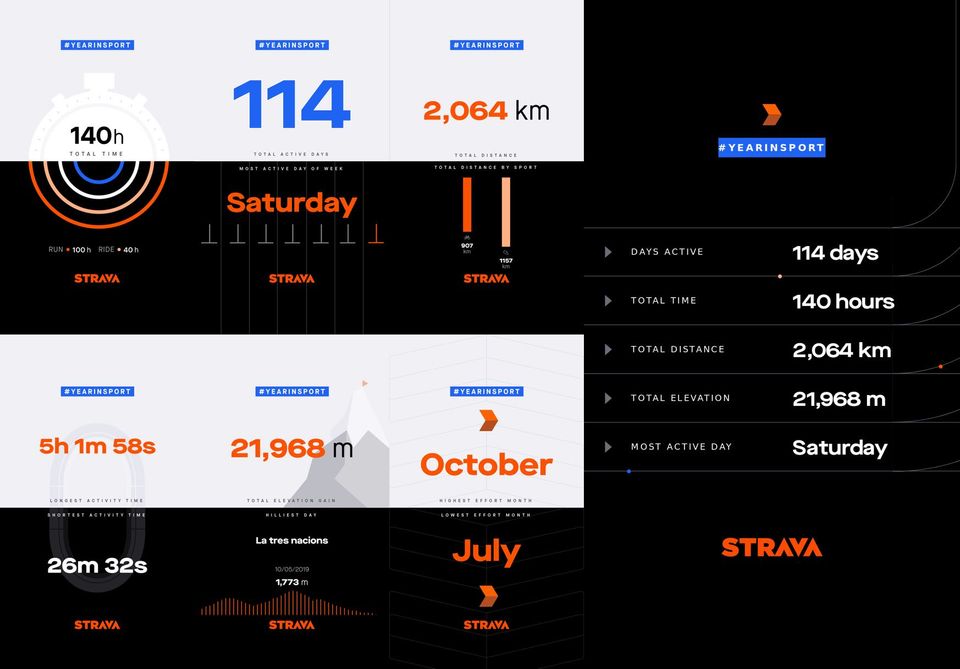 Unsolicited opportunities that were presented during 2019.

If you want to know more, go listen the Radio Lanza episode for the extended version of this post.

If you want to know further, go read 2020' resolutions developed under the same framework.