Imagine a multi-purpose device that delivers the best experience at any given situation. This article examines the current market trends hunting for the ultimate device, the one that will rule them all.

When it comes to devices and getting stuff done, it seems we’ve all come to a shared agreement that different form factors perform better under distinct use cases. Writing code remains exclusive to PCs, email on the go has become mobile, and tracking workouts belongs to the wearable category.

Despite synchronization and sharing data between devices has become easier than ever, multiple devices can still add undesired complexity. However, the tech industry disagrees. It has flooded the market with desktops, laptops, tablets, smartphones, e-readers, and all kinds of wearables. The fact that each one performs better than its siblings at any given task, seems to justify its existence.

The minimalist in me wants to believe that, in a not so distant future, we might have multi-purpose devices that will outperform each task-specific device at any given job. A device that, no matter the task at hand, will always be the optimal choice.

This is not science fiction though. Several attempts at this have already shown up in the market. Unfortunately, none has gained enough traction to be considered a commercial success. However, one can already spot two courses manufacturers are nearing the situation: modularity and convergence.

This article will explore and compare both approaches. Without jumping into any conclusion, it’ll attempt to answer some of the questions around the subject.

The modular approach always involves a handful of pieces that combine themselves in a synergetic way to compose a better experience than the sum of its individual components. 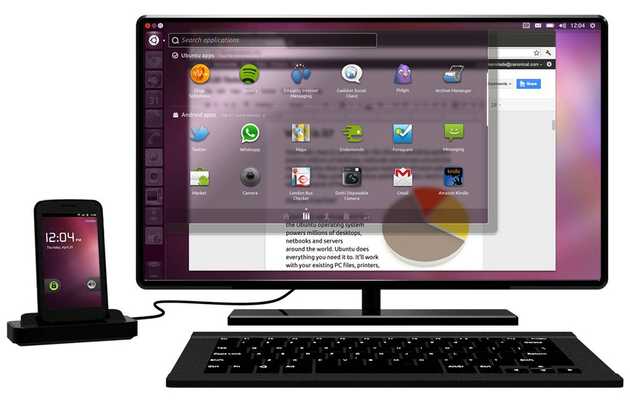 They usually involve a smaller form factor, such as a smartphone, you can dock into other places to extend its capabilities. Smartphones’ computing power is growing exponentially, hence it makes sense to tap into this computing well and use it in other places.

Different approaches have already emerged around this idea of modularity:

Both products sprout from the same underlying idea, and both benefit from their docking stations when it comes to enhancing the core component capabilities. Upon docking, the peripherals can extend its batteries, supercharge its graphics card or add external memory.

However, a huge challenge still remains from a software standpoint. Since its hardware morphisms inevitably imply radically different user experiences, not just the apps, but the entire OS has to be prepared (and maintained) to accommodate the user intent. Managing these transitions and how the OS and apps behave depending on the use case can be a daring challenge and a potential threat to the modular approach.

Another trend on the lookout for this ultimate device has become convergence. Instead of bundling several pieces together around a shared core, convergence creates entire new product categories that sit right in the middle of existing ones. The most prominent example being the phablet. The problem that convergence is trying to solve with the phablet is somehow akin to the PadFone’, yet the solution is radically different.

Phablet devices were intended to get the best of each form factor into a single device. A larger screen, but not too much, so you can still carry it around in your pocket. I’ve personally owned a Samsung Galaxy Note 3 and, bear in mind this is a personal opinion, the best of both worlds turned out to be the worst of each. It wasn’t mobile enough to fit into my pocket comfortably, yet not big enough to watch a movie or read an ebook on it. 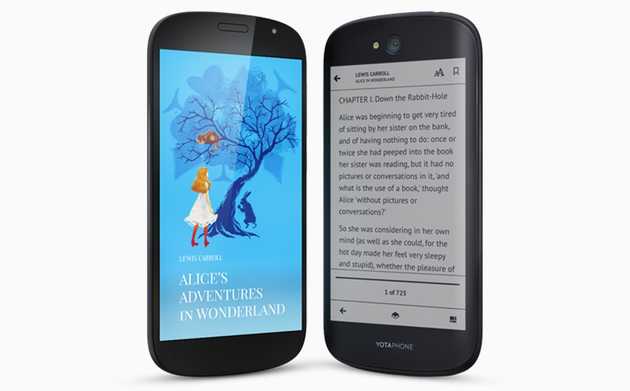 Other popular convergence product has been the Yota Phone. This product focused on getting the best out of two screen technologies into a single device. On one side, the main smartphone screen would remain an LED, which benefits from color and faster refresh rates. On the other, an e-ink screen would also be used as an e-reader, ala Kindle, but also to support notifications and convey status. Since the power required for displaying static information comes from free on e-ink, it looks like a good trade-off.

These are just two examples, but the convergence trend doesn’t stop here. I’d argue that it is currently bigger than its modular counterpart. Other manufacturers are capitalizing on convergence with different points of leverage, such as tablet and laptop. Its flagship example being the Microsoft Surface.

These merges will eventually happen, it seems inevitable. We’ve seen it already with the smartphone inheriting features from other single-purpose devices such as the phone, the camera, the alarm clock, the music player, or the calculator.

One can’t help but consider if these trends will eventually happen on the hardware layer or instead, on the software layer. The smartphone didn’t “modularize” or “converge” with the camera. It just rendered the product obsolete and fully absorbed its capabilities from a software standpoint. Same with the phone, or the calculator, it turned a single-purpose device into an app living within the OS.

Again, one can’t help but consider if all these moves on the hardware layer are just reactive responses to push new product categories into an already saturated market, or they arise from a true customer need.